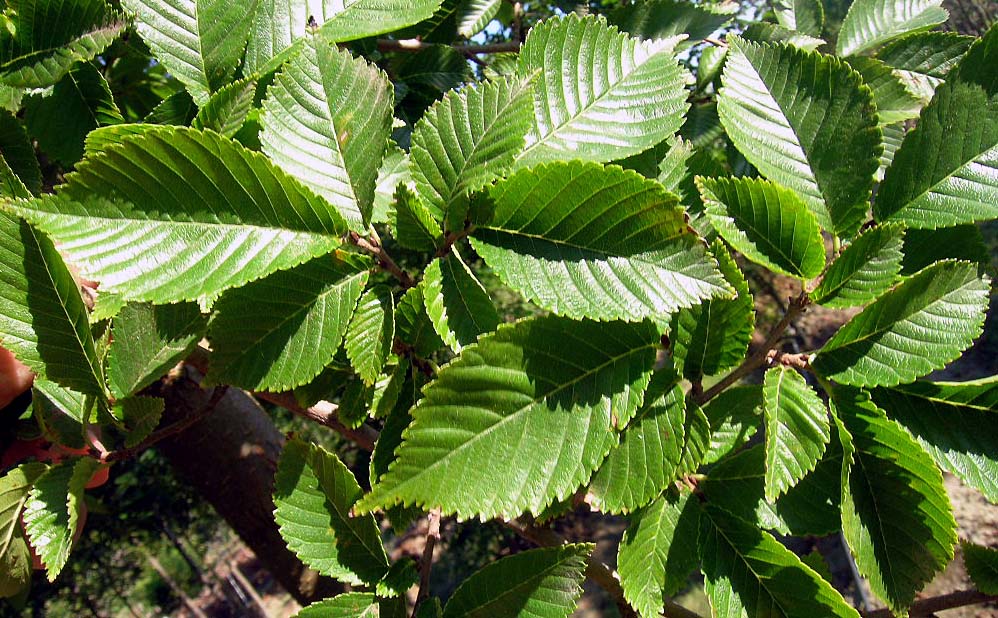 It is not surprising that elms enjoyed immense popularity so many years ago.  They literally grow like weeds, and they recover from crown damage exceptionally well.   However, the proliferation of Dutch elm disease eventually put a stop to this tree’s popularity, resulting in the physical removal of this species from most streets and recommended street tree lists.  Despite the degraded reputation elm trees endured for so many years, recent research and breeding programs have given them new life.  The challenge now is to know which elm cultivar to grow, or plant, given the many new varieties that are slowly reaching the market. We actually began growing Triumph Elm by accident, having received the tree in a shipment of the highly favored Accolade Elm, Ulmus japonica x wilsoniana ‘Morton’, that we had ordered.   From our experience, the Triumph Elm is worth a serious look as an addition to your planting list.

The Triumph Elm is a fast growing tree, reaching nearly twice the size of other trees in the same field planted the same year.  The form is upright oval to vase shape.  The summer foliage is glossy dark green, changing to a bright yellow in the fall, much like the American Elms some of us may remember from the Midwest, as well as a few still growing around here.

I am most impressed with the ascending limbs and favorable branch attachment on the majority of trees I have seen.  The structure is reminiscent of the large old upright elms, with the tall broad canopy that enhances character and adds a sense of longevity to established neighborhoods.  The leaves are slightly smaller than the American elm, but to some, the smaller leaves are actually more desirable. 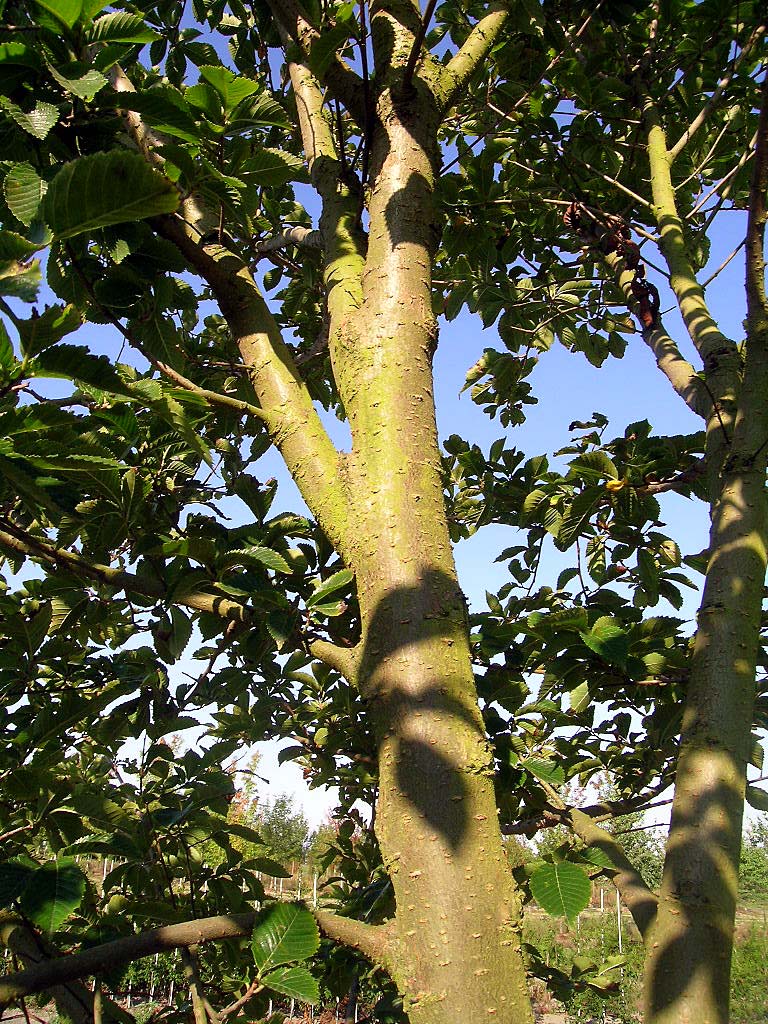 This is a Dutch Elm Disease resistant tree, drought tolerant, and resistant to Elm Yellows and the Elm Leaf Beetle.  This tree, like most elms, transplants easily and tolerates severe pruning if needed.

Surprisingly, some evaluators described this tree as ‘ugly’.  However, I would suggest there is regional variation in its performance, like many trees.  While visiting the Morton Arboretum several years ago, I observed several tree varieties that are very impressive in the Pacific Northwest, but I found them rather ‘ugly’ in the arboretum. Dr. George Ware, the Elm Tree expert onsite, agreed with this regional variation and emphasized the importance of testing tree performance in many locations.  I, personally, have found the Triumph Elm to be a worthy tree to consider planting in the Pacific Northwest.

Let me know if you have any experience with this or other elm varieties.