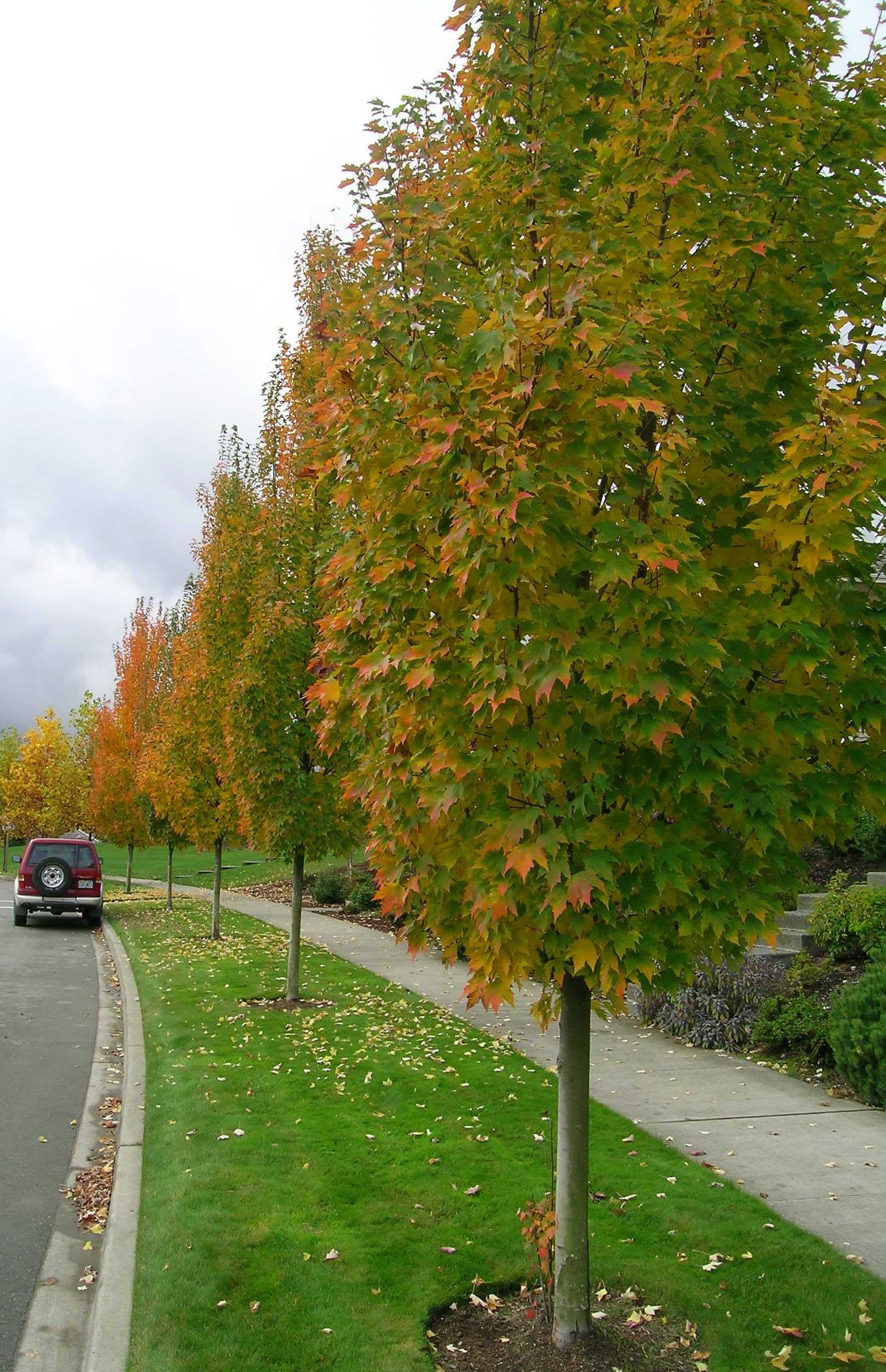 The Karpick Red Maple has a strong central leader with smaller than average lateral limbs.  It is quite upright with an ultimate height and width in good soil of approximately 45’ x 20’.  The limbs are denser than a ‘Bowhall’, and the leaves more finely toothed and cutleaf.  From a distance, the leaves show a finer texture than other narrow forms.   The smaller and denser lateral limbs on a strong central leader, and finer toothed leaves, are the most notable differences from the other narrow maples.   From our experience, at least in most seasons, the fall color is as good, or better, than the other narrow red maples and ranges from orange-yellow to bright red.  The bark is very light gray and the trunks are typically very straight.

Compared to other trees, the ‘Karpick’ can be considered to have slow to moderate growth, but that can be a good thing.  Some of the red maples grow so aggressively that shallow, fast-growing roots can become an issue.  I suspect the ‘Karpick’ has similar ultimate red maple root qualities, but not at such a fast rate.  The ‘Karpick’, like other Red Maples, are somewhat tolerant of poorer soils, but will still have shallow roots.

This cultivar transplants very well, and should be considered where any narrow, tall variety is desirable. Please let me know your experience with this variety.