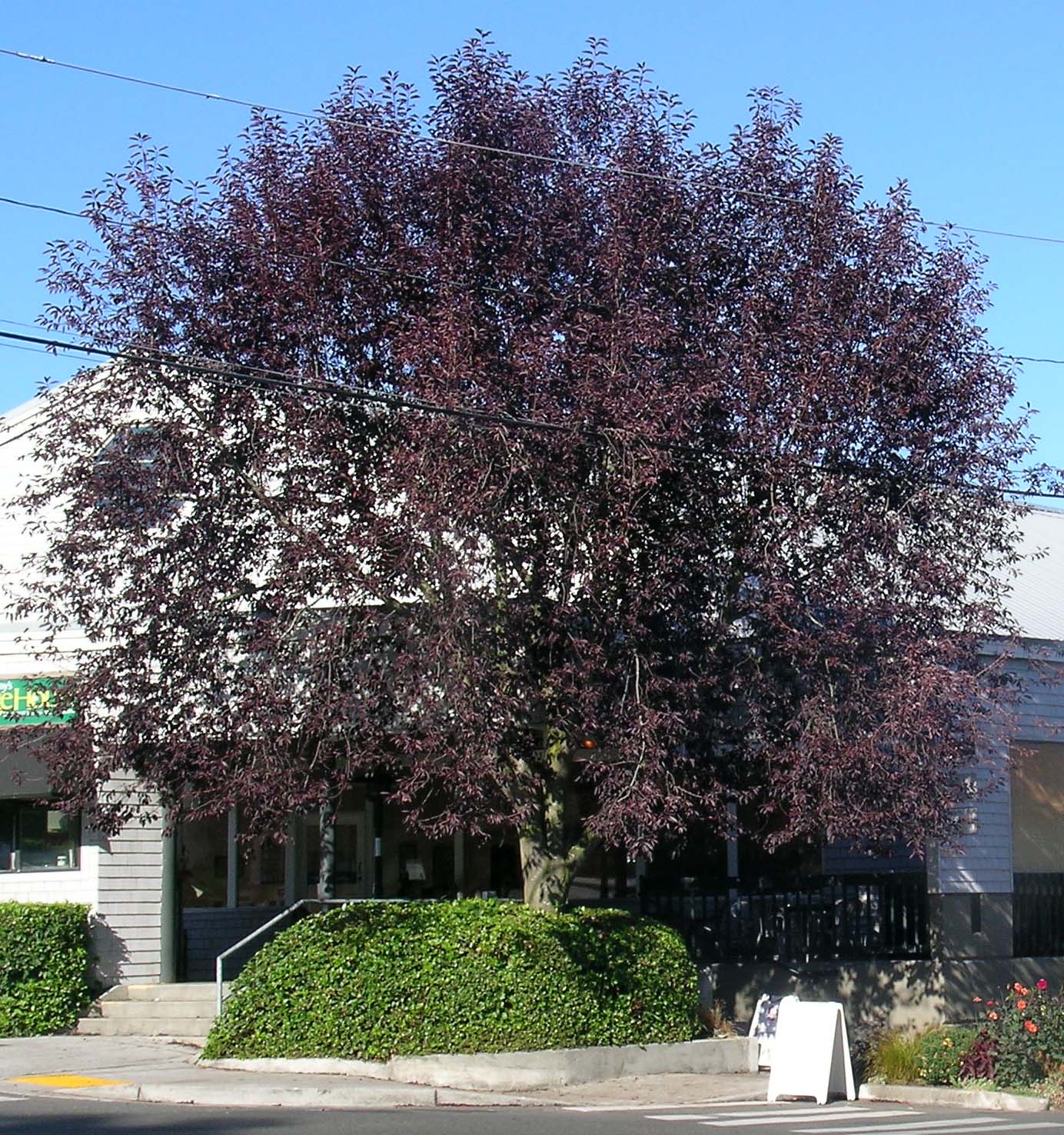 Ornamental cherry trees are usually selected for their flowers, but not the Chokecherry. Here is one tree selected instead for its toughness and leaf color. I first noticed the Chokecherry at rest stops while traveling across the northern United States. Then while visiting Anchorage, Alaska, the Chokecherry appeared in nearly 75% of the street tree planting sites. I am most familiar with the ‘Canada Red’ variety, which is a branch sport of an earlier selection, ‘Schubert’. The ‘Canada Red’ has a faster growth rate, straighter trunk, well-distributed branches, and a full-rounded crown.

Most notable and unique for this tree is when the first emerging green leaf completely turns a bright reddish purple in early summer. New green flushes of growth later in the year stand out until they also turn to purple. Small white flowers are inconspicuous, as well as the small dark purple fruit. The upright balanced structure and form provide an attractive dark silhouette in the winter sky. The Chokecherry is also considered a good utility line tree that has a mature height of approximately 25′ tall by 20′ wide, although on good sites will reach 30′ in height. 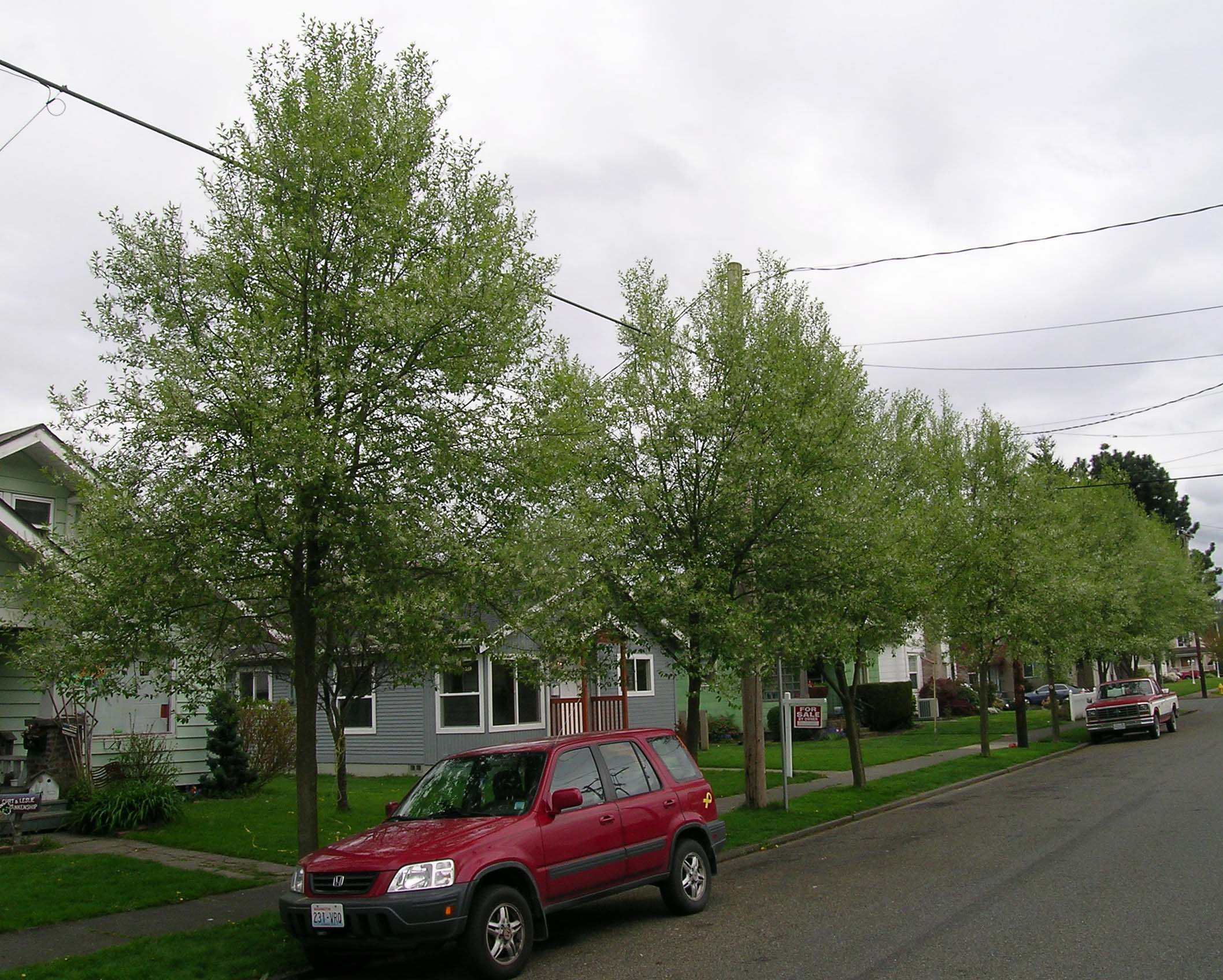 The most notable drawbacks we have seen are suckering at its base when young, and its attraction of tent caterpillars in certain years.  The future of non-suckering rootstocks should reduce that problem.

Overall, the Chokecherry is apparently a tough hardy tree given its popularity in severe climates. From our experience, the ‘Canada Red’ variety is the most favorable and available in the Pacific Northwest. Let me know what your experiences have been with this tree and we can pass them on.